Nah, of course it doesn't! I'm not a total idiot. Obviously you can't make an autistic brain non-autistic with a drink of water. But I get loads of Google hits here from folk interested in the magik water and it's supposed effects on autism. Most of them soon realise from what I wrote on the topic (here and here) that I'm just pointing and laughing at their funny notions, and they click away to more suitable sites where there are lots of flower pictures and glowing testimonials. 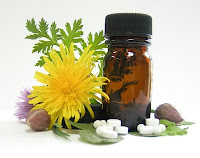 Most of these visitors I know of only via their footprint on my stat counting software. But in the past few days I've received comments from 2 of them. One was upset at my bad attitude to John Melnychuk:

Can someone please explain why John Melnychuk is being harranged liked this when the child in question is %95 less violent and his digestion has improved?
All the snide remarks seem to me to be based on contempt for a system of therapeutics that you have judged long before you have understood it- if you ever have understood it. Ignorantly poking fun at something can hardly have anything to do with a search for scientific truth.

While you continue along these lines of thinking and communication, people all over the globe are using homeopathy to help heal all manner of illness. This has been demonstrated on people of all ages and on animals.

Oh FFS. How can people be smart enough to type a message on a blog (admittedly not a thing requiring much in the way of brain power) and yet unable to see just what a pile of rubbish they're spouting.

Tell me where, anon, Melnychuk has been "harranged"(sic)? How do you know whether the child is "%95 less violent" or that "his digestion has improved", and if he has, how can the changes be attributed to the magik water? You claim that I'm dismissing a system I don't understand, well Anon, I studied enough chemistry to know what Avogadro's number is and how there can be no molecules of the original substance in extremely dilute "remedies". I'm going to go with the whole evidence based thing over some eighteenth century nostrum. Will you be the first person ever to provide proof that there has been any confirmed cure of a non self limiting disease using homeopathy alone? I don't think so.

Why do people look for a cure or sucessful treatment for illness and then scoff when one is demonstrated? If it is so incredible to you that autism can be cured or much improved then why are you even looking at this kind of information? Why don't you just accept your plight and stop reading and searching.

Who do you say is looking for a cure? Not I!
I read about this stuff because I was appalled at the awful treatment an autistic child had suffered at the hands of a quack. I hope to shed some light on the high amount of misinformation and nonsense in Melnychuk's article. I am disgusted that these charlatans think they can treat autism.

I think you might like to rethink your wording of that last sentence: having Duncan in my life is no plight, but a pleasure.

Perhaps some reading on the history of medicine would be helpful. Grossing wrote about the different schools of thought in his book Homeopathy the Great Riddle. I believe it would be somewhat enlightening to one who could read it neutrally- if one could read it neutrally. Much of this is really about two different perspectives- materialism vs. vitalism.
It would be interesting to read the commentary in 100 years from now on medicine in the 20th century. Some of the scare tactics from those promoting the current medical system (especially vaccines) sound like the ones from 200 years ago except that then they ended with something like "if you spare the lancet from your child's mouth"- a reference to bloodletting.
It would be nice to get beyond all this.

Yep, it's about 2 perspectives all right, reality and make believe. Vitalism?! What the heck is that?

So those promoting vaccines describe the risks of infectious diseases, and you call that scare tactics. It'd be nice to get beyond this silliness alright.

So then another one pops up, this time Lyak shares some advice:

Instead of attaching all these labels to your son (ADHD and autism) why don't you try to heal him? Loads of people have helped their children who have autistic symptons and even recovered them. Homoeopathy is a safe theraputic system that has been used for hundreds of years with lots of sucess. It's helped children like your son too.
http://www.impossiblecure.com/autism.html
Good Luck!!

Oh Lyak, you sound all polite and all as you dispense your badly spelt advice. So forgive me, but such tripe doesn't help at all.
But good luck to you too!!

There's word of a film being made about homeopathy and autism, to be called "Saving a Lost Generation". Can't these people think up any new metaphors for autism, surely the whole, lost, trapped, missing, changeling child thing is old now? Anyway, this story is beautifully dealt with by jdc325 here.

I promise, I'll be nice again tomorrow. Probably.
at 8:27 pm

And one has nott read the worde nostrum in sucche a longe tyyme.

But it's such a cool word!

I think probably is for the nice.
Now isn't that a grammatically interesting sentence? Or not.

Tedious isn't it, Sharon. The default position of supporters of homeopathy is not 'does it work?' but 'it does work', this basic detachment from reality makes arguing with them utterly pointless. They are idiots with respect to healthcare.

As for a cure for autism. It takes some gall to prey on the misguided hopes of parents who wish for a child that others consider normal despite there being no credible evidence of a cure. All this if you wish hard enough and want it badly enough it will happen (if you buy our quackery) is straight out of the Walt Disney school of medicine.
It's not just autism though, my favourite dyslexia quacks are now offering miracle cures for ADHD as well, autism cannot be too far away.

Hi Gimpy. That's a good summary of the main difference in attitude between sCAMers and scientists; unshakable faith.

That Dore has a new book out and includes ADHD in the title is utterly shameless. Dore have already said that they can treat autism, but so far only the "high functioning" type.

These types use people's fears, hopes and vanity against them and then they have all sorts of get-out clauses if (when) the treatment fails; you didn't follow the complicated instructions out properly or you weren't thinking positively enough or you left it too late etc. Whatever happens, the quacks come out innocent of blame.

Have you noticed any improvement with diet modifications, though? I've heard from a number of parents that switching to organic and eating less processed foods has helped.

Hi Billy. I think that everyone can benefit from a good, varied diet. Duncan's food intake is limited, and I'm pleased every time he opts to eat something different.
I don't think it matters if the food is organic or not, though I prefer free range meat.

Ok, can't quite believe it myself but "vitalism" does exist - doctrine that ascribes the functions of a living organism to a vital principle distinct from chemical and physical forces.
And this from the English Literature guru!!
I have to agree that anon did spout a lot of nonsense and I would have been sorely tempted to argue back, but I guess you have done that in your own subtle wee way....lol
Point anyone in my direction and I'll let them know what a pile of utter "expensive" crap homeopathy really is.
Miche xx

@Miche it's fair enough that vitalism has a meaning outside of biology/chemistry. These bullshitters might as well go on about the iambic pentameter principles of medicine- The drugs don't work, the mag-ic does. Is that how it goes?

How did you ever fall for that stuff when you're practically perfect in every way?

That's me - your regular Mary Poppins!
I didn't exactly fall for it, just saw it as maybe a possible remedy (which obviously it isn't), then the logic side of my brain kicked in....thankfully.
Miche xx

I know exactly what you mean by these charlatans posing as cure alls. I was a Dad of a little boy who had a mix of symptoms,- autism and CP. I have taken the time to study and get properly qualified. I have set up my own child development consultancy, based upon solid, verifiable psychological principles and yet all around me I see people treating children with developmental problems, using spurious theories, with hardly a qualification to their names.

I just think that just because we don't understand how something works does not mean we should disregard it completely. We don't know how most of Mother Nature works and we certainly don't know everything about a human neurology and the brain.

Don't get me wrong; I know how incredibly difficult it is for parents of children with ASD out there, struggling to find answers amongst such a large number of "alternatives" promising a cure that is based on such little credible research. I'm not saying people should run out and buy as much "magik water" as they can because I think it will cure autism.

What I am "advocating" is thinking critically about every type of treatment you do or do not decide to put your child into; even the modern medical field is subject to criticism. Nothing is 100% effective and of course homeopaths should not be promoting a magical "quick-fix" or "cure-all"; but then again, we also cannot say with 100% conviction that homeopathy DOESN'T work.

As for a cure for autism, there is no KNOWN cure. That doesn't mean it's an impossible feat. It's not a psychological disorder; it's a neurodevelopmental delay and that gives hope for a medical treatment of some sort in the future. We may not have it now but who is to say we won't have it in the next 20 years?

But I know we cannot sit on our behinds and wait for a miracle cure to be developed; we have to help our children NOW. I am doing a program in intensive behavioural therapy for individuals with autism; that is the most widely accepted and most supported form of intervention for these kids today, as far as I know, but I still find myself doubting and questioning it. I just can't help but think that there must be an easier way to help these children's development than something that is so time-consuming, stressful, laborious and seems quite...forced.