I asked Ryan if I could write a blog post about him and as long as he didn't have to write anything himself he was happy enough. So I'm going to try to tell you about my boy and think the best way is to share some of his creations.

He has always loved films and PC games and has been fascinated by all the different characters. He has learnt so much from wanting to find out more about his favourite characters from Disney films, Thomas the Tank Engine and even Kinder egg toys. He learned to type, read and write because he wanted to be able to Google their names, he learned colours and numbers from Thomas and his Friends. In the past few years he's become fascinated by cinema and is working on a few feature films of his own that he's convinced will be shown in our local cinemas at some stage. We go see a film together at least once a week (and thank the stars for the Cinema Exhibitors Card allowing his carer free entry) and he knows and is known by almost all the staff. In one cinema they even arranged for him to visit the projection room a couple of times. He takes photos of each screen after the movie ends and knows in which screen of which cinema on which date and with whom he saw every film he's ever seen.

He's also kindly detailed running order of ads and trailers for the benefit of the cinemas and has a poster letting us know who else is involved in this work of creative genius: 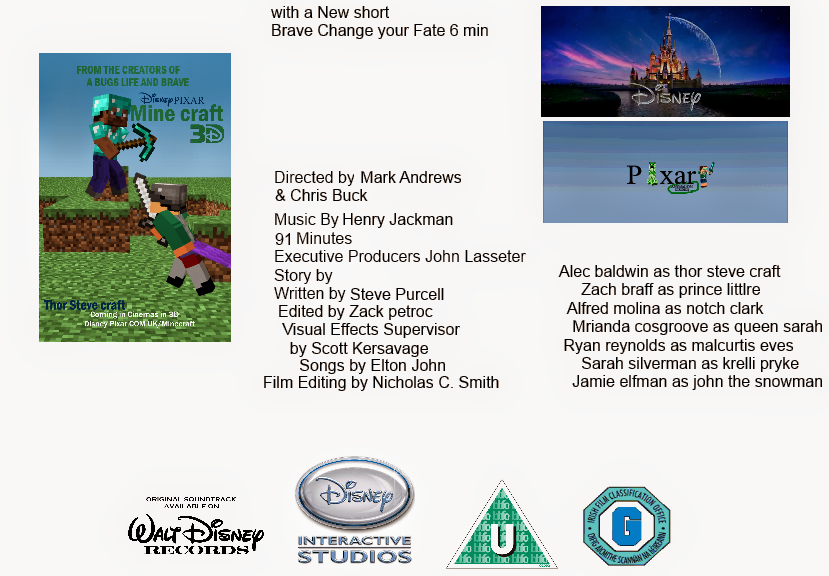 Most recently he's been animating a Minecraft movie in association with Pixar. The boy thinks big! He's even adapted the Pixar logo to fit.

He has also invented a load of new characters and has been making films about their trials for a while too. My favourite thing about these folk is the "wiki" style character breakdowns he created (click each picture to read):

He definitely prefers the bad guys, I mean look at those lists of personality attributes! I've had to explain what they all mean lately so we've had lots of talks about character and how people think, feel and behave. It's all very high concept stuff but when he asks the questions, he's ready to learn.

He spends hours working on these and I am quite happy to let him indulge in his hobby. I love how he draws the characters and then creates their Minecraft version: 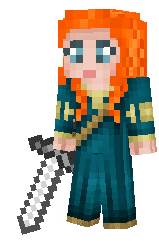 I enjoy the detail he inserts in his images, most of which seem to focus on sword fights and desperate battles!

And let's end with the grisly demise of one of the bad guys:

So that's a snippet of what Ryan has been at when he's working away on his laptop. I don't know what what he'd be at now if he wasn't autistic- but that would mean the Ryan I have and love wouldn't exist so I really would never want to find out.
at 12:16 pm No comments:

Action not Awareness for Autism

It's World Autism Awareness Day and autism is all over the papers and radio. Some of the stories are great such as this by Fiona O'Leary, an Irish self-advocate explaining why she opposes the Light it Up Blue campaign and seeking an end to negative rhetoric:


"Any research that will bring positive benefits to people on the autistic spectrum is welcome. However, the propaganda used by Autism Speaks is instilling fear and hatred about a condition that is struggling to find acceptance in society."

Some stories attempt to tug at the heartstrings such as the story of a 9 year old girl who wrote in school about her dearest wish- that her 4 year old brother be cured of his autism. In her letter she describes her brother's sensory issues as well as the efforts those who care for him are making at improving his communication skills using Grace App. The little girl comes across as very insightful and caring. It seems to me that she uses the words "cured" and "healed" as shorthand for educated and parented so as to help him to have the best life possible. It's just a shame that the media have jumped on her story as though autistic kids' lives are a tragedy and the only way to help them is to seek a cure.

According to a local autism charity, every council in Northern Ireland is Lighting Up Blue as is Channel 4 News (belying their reputation for thorough research and a good understanding of the background to the stories they report). Have we lost the battle to separate autism activism from the corporate blue of the despicable Autism Speaks?

Then last night BBC aired Horizon, "Living with Autism" presented by Uta Frith, which gave more insights into how autism researchers interpret their findings than on how autistic people perform in their Sally Anne and dancing triangle tests. In every instance the autistic way was coded as impaired, less-than. The language of the programme was inherently pathologising. It worked best when autistic people themselves had the chance to talk- though even then their words and actions were put into context by Uta as to how they differ from "ordinary" people. I liked it a lot less than I expected to.

However a nice thing happened as the show started, my son, my darling Ryan (aka Duncan) came in to say goodnight. I told him I was watching a programme about autism and he said, "Oh autism! I love autism. I'm the autistic boy!"


And that's what matters most to me. My child is autistic. He's here to stay and I need to work to make the world a safer and better place for people like him. That's why I want ACTION not bloody awareness for autism. Yesterday on twitter someone called for a cure for autism as he has seen autistic people locked up for decades in hospital, wiped out on anti-psychotic meds and unable to care for themselves. This doesn't motivate me to find a cure- but to act on behalf of the people who are being treated inhumanely. These people need freedom, they need action to help them communicate better, people who listen to them, and support to experience more of life. Autistic people need better education that doesn't stop when they turn 18 or 19. They need decent paid jobs, places to live with only as much interference from service providers as they need. They need the right benefits to get by, opportunities to engage in sports and hobbies. My boy will be moving into the adult care system in a few years. I'm just starting to look into what options exist and it's heart sinking. I'll do what I can to shake the system and every time we make progress, then call on the media to aware the heck out of whatever has been achieved.
This is what I will battle for and I'm not going to be fighting alone.