Guest post by Gordon; A medical expert's assessment of homeopathy 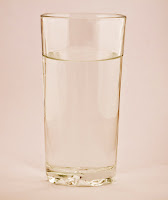 Oh this is delicious. I had another comment from the person who was unhappy with my assessment of homeopathy recently, and whose contribution was so hilarious that I dedicated a post to answering her/him.

I showed Gordon what this person wrote and he decided that he wanted to write a response:


Homeopathy: a lucrative hoax founded on belief and not evidence
by Gordon

Anonymous wrote, "You may well know chemistry,but you certainly do not know homeopathy..."

I feel that it is important to state some simple facts about homeopathy and why it is not only a belief system founded on the supernatural, but potentially harmful. Yes I am a doctor, yes I do conduct clinical trials and have a passion for pharmacology, so perhaps I'm biased, but here goes....

fact 1. Homeopathy has never demonstrated effectiveness - ever. We define causality in therapeutics by its effectiveness compared with some sort of control. The simplest, easiest control is comparison of the treatment in question with "nothing" or "placebo". Lets say for argument's sake that homeopathy could have a measurable benefit even in the absence of any scientific explanation of how it works. If a benefit can be shown to be causal, all things being equal, homeopathy must demonstrate a greater benefit in persons receiving it compared with nothing at all. Simple as that. Anecdotes, telling of individual cases of suggested benefit are completely meaningless. Why? Because spontaneous remissions and disease stabilization happen in individuals, even in cancer (my speciality). Its the cohort effect that matters and provides the measure of effectiveness ie. benefit in a group of individuals treated either at the same time or one after another.

So...A simple study taking as the "lowest bar", the easiest possible comparator to beat, i.e. nothing, should be able to demonstrate efficacy for homeopathy shouldn't it? Well actually, no it can't....I challenge ANYONE to show me a randomized (all bias removed), prospective study where homeopathy has shown any benefit above "nothing whatsoever". I have no doubt at all, that this will not be possible, ever. The reason is simple, homeopathy is placebo and therefore it will never be possible to demonstrate superiority over "nothing at all". (You know, sometimes in real therapeutics, we try to demonstrate non-inferiority of a new therapy over an old one. We need large numbers, often thousands of patients to do this. Taking this to its logical conclusion with comparison of one placebo over another, the numbers of patients required to show a difference could be astronomically large or even infinite. Meaning in reality that such a difference can never be shown!)

The anecdotes that we see relating to little Timmy's "asthma getting better" time and time again are utterly meaningless. It demonstrates a total failure on the part of those believers purporting efficacy of homeopathy to simply consider whether the suggested effects of this approach can work when the numbers of treated individuals are greater than one. Do we ever see response rates? Of course we don't. Could anyone out there tell me for example if the homeopathic treatment response rate for urticaria (or anything) is say 20%? I thought not. Running even a non-randomized study, gathering data to present some simple evidence of efficacy is too much and would collapse the arguments of the "homeopathy-peddler". Asking for randomized data may be a little much I suppose, but benefit rates? That should simple right ? Even that is too much, and would expose the lucrative fraud that is homeopathy.

Fact 2. Science has no explanation for how homeopathy could work in the first place. It simply goes against natural science, the thing that brought us, yes you guessed it....civilization including the Internet that you are reading this on!!!

Take a quick look at the history of science and it is clear that we have a thorough but still very incomplete knowledge of how our universe works. Certainly some of the 20th century's great scientific discoveries revealed some uncomfortable truths (take that to mean testable theories that hold true), as revealed through the wonders of quantum mechanics or relativity as two examples.

We all know that if a cake is divided into more and more parts, we ultimately get less and less. Try dividing a cake into 100, million pieces sometime and see how much cake you end up with! At the heart of pharmacology, the study of drugs that do work, the law of mass action is central. Simply put, the action of any agent is related to how much of it is around.... How easy is that to understand? Homeopathy believers, take this fundamental natural law, equivalent to saying "things fall when dropped", and turn it on its head. "No", they say, "..When things become dilute, they acquire a potency!" Moreover, they state that this potency can modify biological systems in a direction that can be exploited as therapy.

A quick examination of this homeopathic principle makes it clear that it is rooted in belief and nothing else. The same sort of belief that has led humans throughout history to believe in ghosts, elves, sun gods, animal sacrifice, etc...Without evoking some supernatural unproven, invented "idea" about what happens when a substance becomes dilute, my smallest child can tell you that if you mix a fruit cordial with enough water, it tastes like water...That's because folks, and here's the rub...With enough dilution that's what it becomes. But you all know that don't you?

A very famous pharmacologist, the late Jaques Benveniste, who I once respected for his work on platelet activating factor and allergy, caused one hell of a fuss some years back when he proposed that homeopathic dilutions of an allergy inducing antibody called IgE could still cause degranulation of histamine from mast cells, an event linked to allergy. Quite rightly he stated this as an observation without explanation but one which was statistically robust. I found this fascinating. It was reported in Nature which I can tell you has one hell of a high bar for evidence based reporting. However, Benviniste was discredited when it shown that robust reproduction of his experiments were not possible. The claims were false. Dilutions of an active agent cannot retain their initial activity. This original Benveniste paper is I believe, the closest homeopathy ever came to being considered science. Since then (1988), the truth has been somewhat different.

fact 3. Duping vulnerable individuals with falsehood is financially lucrative and is not subject to any regulatory control, compared with real medicines.
Lets be absolutely clear about this. Homeopathy is a big business and makes its peddlers money. Homeopathy is quasi-therapeutics, based on no evidence, yet somehow is legal ! I'm baffled at this. For a real drug, it requires years of painstaking research in the laboratory and clinic. Years and perhaps hundreds of thousands, may be millions of US dollars worth of funding before it even achieves a licence (IND) to allow the first experiments or clinical trials in human beings. Even then, the rate of success of a drug getting into routine practice after reaching this massively important stage is very low, around 10%. Studies are then required to establish the right dose (phase 1), and whether there is any meaningful activity (phase 2). Only when this has been shown, is there the opportunity to conduct the definitive randomized controlled phase III trial. Only if the activity of the experimental drug "beats" this control, will the study be positive (you would be astonished at how many negative phase III trials are out there). Even with a positive phase III trial, there is no guarantee that an agent will "change clinical practice", because the difference in efficacy (often minimal) could be insufficient to justify the costs of that new medicine. Agencies such as the FDA and the EMEA are around to make sure that before a licence to sell a drug as a medicine is given, the evidence base for its activity is sound.

Given all of this investment in what is a "odds-against" enterprise, is it surprising that massive global pharmaceutical companies are needed to deliver new medicines ? But wait, there is another way. Lets just state that a homeopathic remedy is effective, bypass of this testing and regulatory bullshit and just get our remedies to market!! That way we can sell a panoply of remedies for all sorts of not really serious ailments. Rashes, bowel issues, you know the sort.....Of course its good business. If I were of lower moral standing I would have done this ages ago myself. Imagine how much money I could get if I used my MD PhD credentials to con people into paying for my magic water!

Perhaps the only justification for not sanctioning homeopathists is that they peddle water, and as we all know water is harmless....Or is it ? I think that people duped into spending money on homeopathy need to have the best information about what they are spending money on. If they were appropriately informed, I think the market would rightly collapse. Why should "water" be a solution for patients where conventional cancer therapy fails to work (for example), in the absence of any evidence, either laboratory-based or early trial evidence of activity. Much better for a patient to be offered treatment in a clinical trial. The possibility that asthmatics or any other patients with potentially life threatening conditions might be treated with homeopathy, fills me with horror. But then, perhaps the homeopathist would defer to the conventional therapy for "such serious conditions". Now that's what I call a cop out. Where are your balls homeopathists???

The idea that the UK National Health Service in the UK uses tax payers money to fund a homeopathic hospital at a time when there is major rationing and lack of availability of effective therapy, is nothing short of scandalous. But this is a fight that other distinguished colleagues have waged for sometime.

In summary, homeopathy is an often lucrative belief system based on no evidence whatsoever. Let me say that again: no evidence whatsoever. Those who support it have no grounds to do so. They are in the same camp as people who believe in astrology or any other supernatural phenomena. Their view of the natural world is distorted by the invented, rather than the demonstrable. Homeopathy is dangerous because it offers something that does not exist, efficacy without evidence. I have no problem about people spending their hard earned bucks on sugar pills (hell, we still have cigarettes to get rid of). What I do have a problem with, are the liars who purport to know something about this universe that we live in, without the slightest evidence, then attempt to convince the most intellectually vulnerable in our society to believe it too. Its just wrong. I invite anyone reading this who disagrees, to challenge what I have said. I don't expect much of a response....