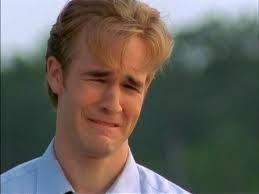 Yesterday the Guardian published a letter from a man to his autistic son entitled, A letter to … my son, who has autism, for whom I’ll always do my best. Read this at your peril as it is truly vile.

With just a few deviations, this letter follows the tried and tested Assembly Manual for Autism Articles TM  which I created in 2008.

Guardian Dad starts off describing Autistic Kid's arrival into the world, how he felt "total, unconditional love" and envisaged watching Autistic Kid "grow up, go to university, find love, then maybe settle down and have his own family." The thought that Autistic Kid might not want to follow such a path doesn't seem to have occurred to him.

He then weirdly complains about his own parents' choice to leave Autistic Kid "half of everything" in their wills. Is this because Guardian Dad wanted it all for himself?

Then, following stage 4 of the autism article template, "the parents realise the child is somehow different, something is not quite right" Guardian Dad describes how Autistic Kid "didn't play very well [...] flitting from toy to toy, with no concern for the people around you and ignoring any child who engaged with you."

I would speculate that Autistic Kid was playing differently not badly and it's impossible to say he lacked concern for other people. Autistic Kid's other kiddie crime was to "only talk to adults when [he] wanted them to do something" so we know he communicated via speech. Anyway, it turned out that Autistic Kid is autistic.

Then Guardian Dad for the second time in a 700 word article, expresses how he hates himself for being right. Despite his professed aversion, he sure wants us to know about his rightness record.

The next section is outrageous and warrants a content warning. Remember this is aimed at a six-year-old child:

"You love your mother, which is good – because you make her life hell. Without your outward signs of affection towards her I don’t know if she could maintain the abuse you put her through. I've watched a loving, kind woman become a tired, hard, uncaring, dispassionate bitch. But all this is aimed at me, with you only getting the occasional frustrated tone, or at worst a sigh of irritation.

She loves you with all her heart, but that means there is no room for anything else. She will fight for you until her last breath. But any type of intimacy between the two of us has vanished. In six years she’s aged 20 while I’ve put on 30lb and have become more isolated than ever. I hold back as much as I can, but sometimes I snap. I’m sorry. I know it distresses you when we argue, and I hate myself for doing it."  [My bold]

There is so much wrong with this. Guardian Dad ignores the power relationship between a small child and an adult couple. The child is not abusive- he isn't using coercive behaviours to maintain power and control over the parents. He has a developmental disability that affects how he perceives and interacts with the world. He may well have multiple sensory sensitivities. And believe me, Autistic Kid is picking up on how Guardian Dad feels about him and his mother.

I am disturbed by Guardian Dad's venomous depiction of his wife and the revelation that he sometimes snaps and argues with his wife though he knows it distresses Autistic Kid.

Guardian Dad feels "bereaved – for the family I should have had. I am a good person and this should not be happening to me." He talks about how he thinks about leaving. Poor Guardian Dad, my heart bleeds for him. He was owed a more perfect life than this with a faulty child and a tired, hard, uncaring, dispassionate bitch for a wife. And he got fat. None of this is his fault, oh no he's a "good person". We know this because he says it though he doesn't share anything that shows it.


"But we love you more than ever. You’re not responsible for any of this – it’s your disability. We know that you try your best, but you become confused and anxious about everything that is going on around you.  Neither your mother nor I know what the future will hold, but we still feel the same way about you today as that first time we saw you."

Guardian Dad is blaming Autistic Kid even though he knows that the world is a scary place for him. Writing this letter to a public forum is not a loving act. It adds to the mountain of anti-autism rhetoric that will only serve to make life harder for Autistic Kid, my own son, and all other autistic people.

Guardian Dad absolves himself from all responsibility. He resents the time his wife spends with his son. He directly places the blame for life not turning out how he wanted it to on the shoulders of a disabled child.

If he had written this to his therapist that would be ok. If he had written an article expressing how he finds it difficult to father his autistic child and described some of the problems they had faced, that would also be fine- so long as he didn't blame the kid. If he had described how social security cuts are impacting on his family and how he has to fight for support I would applaud him. If he had come to me in my work and shared these thoughts with me I would have encouraged him to figure out what he could do to make things better and helped him get appropriate support from various agencies. But Guardian Dad wrote a very public letter even if it is anonymous. His sense of entitlement and self-absorption shine through every paragraph. The Guardian would never have published a letter from a father blaming their small non-disabled child for all their problems.

Autistic Kid didn't get the father he should have. I would like him to know: you keep on being your own awesome autistic self and I hope that one day you will know there is a community out there who will welcome, understand and embrace you.
at 10:31 am 23 comments: