How to write a book about your autistic child

There have been many books written by the parents of autistic children. I admit that I have read few of these parental accounts, knowing from the reviews and book descriptions that they would bore or irritate me, perhaps even anger me. I have enough to be angry about already. So I know less than many about how Clara Claiborne Park would would "use every stratagem we could invent to assail her [autistic daughter's] fortress, to beguile, entice, seduce her into the human condition" as described in her book, The Siege. I never got to read how Catherine Maurice's "two children were rescued from the tragedy of autism" (as described by the Amazon UK blurb) or grasp the irony of a woman writing of her anger with "professionals who ... prey on desperate parents by offering false hopes and anecdotal accounts of miracles" in her own version of just that, Let Me Hear Your Voice. And I certainly wasn't going to waste my time with Jenny McCartney's woeful Louder Than Words.

I have endured a novelised version of the parental autism story as described in gory detail here and I think I know enough about the genre to see that they all follow a particular template: 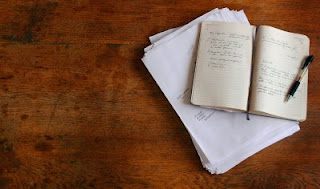 I wrote a short version of this myself in my tale of the magic ketchup.
Does anyone know of any other books that fit the template?
at 11:50 am

Check out Portia Iverson's "Strange Son", which I wrote about here. A quick one sentence summary:

Iverson essentially abandons her role as parent and dedicates herself not to Dov, but to fixing Dov.

I wrote a similar post earlier this month, entitled Open Letter to a Publisher.

Over the past few years, I've gotten several review solicitations for books in this genre, including A Wild Ride up the Cupboards by Ann Bauer. Her son is now an adult and has been repeatedly arrested for theft. As reported by the New York Times, he explained that he prefers to think of himself as a thief, rather than autistic.

That was the first solicitation I got from a publisher, and I sent back an e-mail bitching out the person who contacted me. I wondered afterward if I had been too harsh, but after seeing what happened to that poor boy's self-image, I think I might not have been harsh enough.

Oh yes I rememeber reading the opening chapter of Strange Son online somewhere. It was horrendous. This bit was especially corny:

"It was his mind they came for. They came to steal his mind. Before anyone gave it a name, even before I knew what it was, I knew it was in our house. I can’t say exactly how I knew, except that I could feel it. Not that I wanted to, believe me. They were very very dark things and there was no way to get rid of them. Sometimes I could hear them late at night when the house was very quiet. A creaking sound, an inexplicable hiss, a miniscule pop, a whistle out of nowhere. And when I closed my eyes, I felt their shadows passing over me as they floated through the house and drifted invisibly with the smoke of the fireplace chimney out into space back to God knows where. I didn’t like to think about where they came from or where they were going. It was too frightening. Dov was only a baby and something was trying to steal him away. Sooner or later I knew I would catch them swirling above his crib. I knew that was what they did whenever I accidentally fell asleep. A violent thudding jolted my senses awake. My heart was banging like two fists in my chest. How long had I been sleeping? My eyes darted over to the crib I was supposed to be watching. He was still there. I could see him through the white wooden bars, asleep, his small body gently rising and falling with each little breath. Night after night I sat beside his crib. I knew he was slipping away from us, away from our world, and there was nothing I could do to stop it from happening. There was nothing anybody could do, they told me. So I did the only thing I could. I guarded him, although I knew it would do no good. Because I could not guard his mind. And then one day it had happened. He was gone."

I described it elsewhere as a pile of flowered excrement; if there's something popping and hissing and stealing minds in that house, they must have gone for the mum first. It reads like a cheap romance. Barbara Cartland would have been embarrassed to use those similes.

I like your review Brett and all credit for having a strong enough stomach to finish such dirge.

Abfh, thanks for the link. I'd not heard of Ann Bauer or her book, but see why you'd be pissed off at a request to review it.

That quote. It's truly, erm, SOMETHING, isn't it? I wonder why it reminded me of the changeling myths of earlier times?

I take it back. I respect you not reviewing the dog-as-treatment book. I remember the post you did on that other book.

Giving it to the publishers is worth the effort, abfh. As bad as we think the parent/writers are, the publishers are complicit if not instigator in these trash books. I give publishers what-for in a post this week, too.

And you know what? The template equally works for "How to write a book about your child with Cerebral Palsy". Well, you can leave out the vaccination and replace it by early childhood brain trauma, i guess. Otherwise totally and utterly the same. The warrior mother who gives up all to cure her child. The one lone nice therapist. And off course, the magic team (usually with a very expensive magic potion that also takes hours and hours of dedicated work by the mother)that fix everything. Groan! All this crap does is deny our children their individuality and make non-warrior mothers and non-miracle kids feel like failiors...

I'm thinking that you have a template there for a whole plethora of conditions and types. Now you need to put your powerpoint pres together, post up a few google ads saying ' You can become a best seller in three weeks' and get on the road, girl! It's an absolute winner and you've deconstructed it surgically for examination. Of course you'll have to take this entire post down or you won't be able to charge them £450 for your half day of inside wisdom...

@ Barbara, I went ahead and did the review, see what you think.

@ Heike, yes I bet it does. Actually there's a book upstairs about a baby with cerebral palsy (don't know who left it here) and it's more of the same, whine whine poor me.

I knew a mum who just about bankrupted herself taking her son to the Peto Institute. She spent hours daily doing exercises on her poor son, instead of letting him do far more useful stuff like play on a Nintendo or something.

@ Nick, OK, I'm gonna make me some dosh outta this situation, just like all those other folk.

The Boy Who Loved Windows by Patricia Stacey just about sent me off the deep end. It doesn't quite follow the template, but in it the mom and some therapists "save" a boy who was "threatened" by autism.

My assessment: "threatened" translates to "never had"! I don't read any "cure" type books anymore. I'm looking for books about living a happy life with your (still) autistic children. Maybe I'll write one!

*Check out "For The Love Of Ann - The true story of an autistic child" by James Copeland, (published way back in 1973, ISBN 978-0099071204) It's truly awful and should come with a trigger warning for survivors of ABA and other forms of behaviour modification training, and of childhood physical and emotional abuse... and it's very very "Inspiration Porny".
Here's one blogger's puke inducing review of it http://www.donotlink.com/fizq (I daresay this particular blogger supports Autism $peaks)
I'd love to read some reviews by neurodiversity bloggers, on FTLOA.