At least Nick thinks so, as he's passed on both of these award/link building things to me, and for which I am most grateful.

I've only been reading his blog for a month or so, but it's a fine thing, with stories and photos of his adorable son Jacob, as well as observations on life and what makes it worth living. He even knows that Raising Arizona is the best Coen brothers' film, most people get that one wrong. 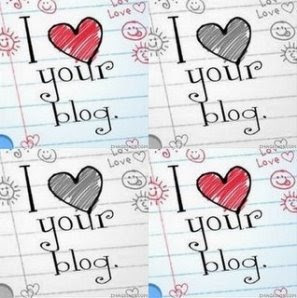 So now I have to name some kick-ass, lovable blogs (I'm combining the categories):

First, I pick Michelle Dawson, who blogs at The Autism Crisis, and keeps her minions in the loop at the TMoB board (the longest comment thread ever). Michelle is an autism researcher who works hard to address the glaring lack of evidence for most of the assumptions commonly spoken of as truths, about autistic learning and abilities. She just hit the headlines in Canada for her terrific win at a Human Rights Tribunal against her former employers, Canada Post, who discriminated against her in shocking ways when they discovered she is autistic. She represented herself throughout the arduous legal proceedings, and her win helps all Canadian autistic people, as well as everyone working for fair workplaces. She took this action solely because it was the right thing to do and didn't claim any compensation.

Next up is Kev Leitch who blogs with a team at Left Brain/Right Brain and who has recently been part of the Science Blogs book club discussion of the fantastic book by Paul Offit (I'm half way through it) Autism's False Prophets. Kev's been leading the fight back against the rise of dangerous quackery in autism discussions for years now, as well as promoting the importance of real rights, acceptance and ways to make things better.

Another blog I've come to more recently and love, is Grannymar, by, um, Grannymar. I had the pleasure of meeting the woman herself in Belfast last month, and even though she's an Irish blog celebrity, she was warm and welcoming. I was about to look through her blog for an example of what there is to love about her. It wasn't a hard task, the very first post is a touching account of her marriage with some great advice to everyone in a relationship. I dare say the woman will kick an arse in need of it too!

Another fine Irish woman blogger is Maman Poulet, whose ass-kicking of charlatans and crooks and exposure of their lies, is a joy to behold. She recently had a scoop about Sarah Palin's foreign travel claims, hee hee!

The last person I'm going to single out, is Kathleen Seidel, the blogging librarian who is so terrifying to grubby money grabbing, vaccine-claim lawyer Clifford Shoemaker, that he served her with an unjust, invasive and extensive subpoena in a craven attempt to intimidate her and stop her exposure of what he has been engaged in. He claimed that she, as the “mere mother of an autistic child and housewife,” was too well informed. He lost, the subpoena was quashed, and the judge set sanctions on Shoemaker, telling the fool man, "clearly he is unfamiliar with the extent of the information which a highly-competent librarian like Ms. Seidel can, and did, accumulate."
Kathleen continues to kick the asses of dangerous quacks.

So there you are. I hope they are all pleased with the accolade.
at 10:30 am

One can only admire your choices and the wisdom of the initial conferee in selecting your blog for these prestigious awards! There, doesn't that sound grand?

Can I send over a minion to pick up the award?

But really... thanks! I'm not just pleased but honoured if not giddy.

Congratulations on your twin awards. One for each end of the mantlepiece (or each side of the cistern?)
And thanks for using them to steer us towards more great blogs.
xx

Alyric, it does indeed sound grand and very kind of you too! Thanks.

Michelle, hope the giddiness passed fast! I wouldn't want to think I've added to the stresses on your poor head. :-)

Grannymar, you are very welcome.

Hammie, thanks and I hope you like the blogs. Michelle especially has some amazing and thought provoking posts.